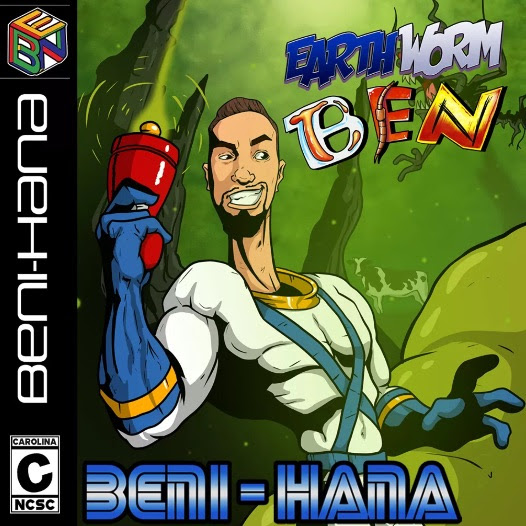 Carolina Hip Hop artist & producer Beni-Hana has been building up his name for years now from his critically acclaimed “Appalachian Hills” to his featured music videos with JellyRoll,  Snowgoons and even Slaine. In the last few years he has stayed busy performing over 200+ shows with artists such as the Yelawolf, Rittz, Insane Clown Posse, Twiztid and Doobie.  Most recently, Beni has released the highly anticipated “Earthworm Ben” the sequel to his fan favorite album “Nemesis” through his new partnership with Snowgoons and their label Goon Musick.

This time around Beni-Hana has enlisted heavy hitting features from the tough guy himself King Magnetic and Queensbridge powerhouse Blaq Poet. On production there is a whos who of upcoming producers in the European boom bap scene ranging from Frances Lofty,  Germany’s Hitfarmers all the way to the deep Italian sound of Furio.