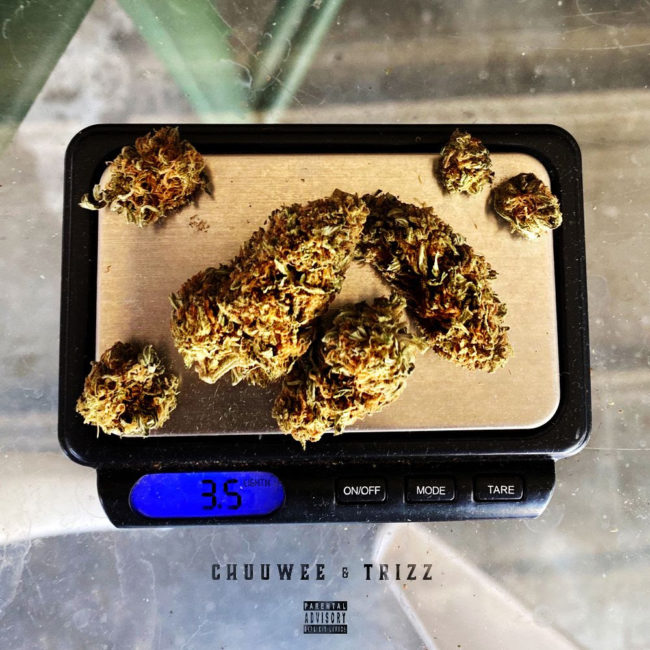 First joining forces over 5 years ago, rappers Chuuwee & Trizz follow the release of their slick sonic cut “3.5” with the launch of their fourth studio album “3.5 (Eighth)“, a 12 track project paying tribute to rap royalty including the likes of Nas and Jay Z.

Teaming up with Californian based rapper Demrick on “Xtra Lap“, the track showcases the duo’s distinct, eclectic rhythms – citing the socially conscious rap stylings of East Coast duo Gang Starr as a major influence in their work.

After wrapping up the AMB album series, “we knew we couldn’t just stop what we had going” they explain. “So Chuuwee thought it’d be dope if we came with something new and that’s when he brought the title “3.5 (Eighth)” which is how many grams are in an eighth of weed. It was perfect“.