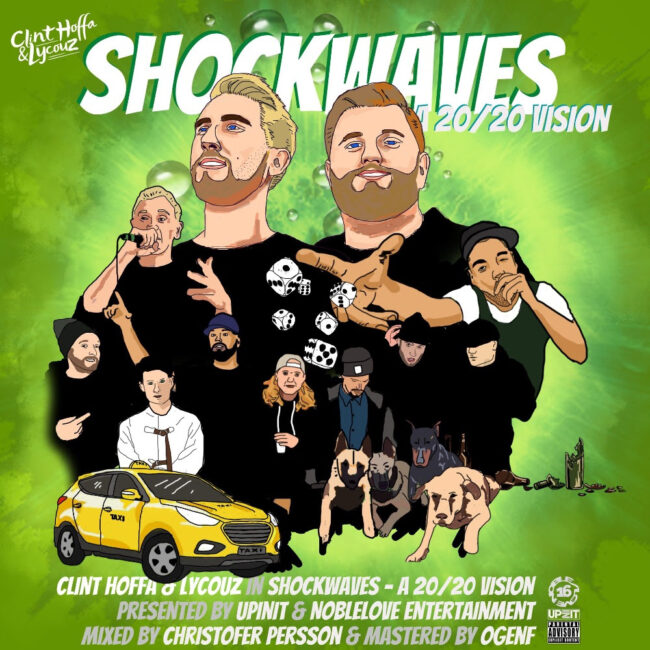 Clint Hoffa & Lycouz have been working with hip-hop legend Sicknature from the internationally acclaimed group Snowgoons for the past year. A tour was also planned together which was unfortunately moved due to Covid-19. It made time for focus on the album  “Shockwaves (a 20/20 vision)” which is out now on all digital platforms.

For Those who do not know Clint Hoffa & Lycouz, They are two rappers from Sweden who in recent years have performed on most stages/bars in Denmark around where hip hop is alive in full energy. And that’s exactly what the duo offers. Hip Hop with lots of energy, some boombap with a little soul mixed in here and there.

The singles from the album released so far have received a good response with thousands of streams and have attracted the attention of several international blogs/websites. The music video for “We’re Coming For Em” with Sicknature was also released via Goon Musick’s youtube channel.