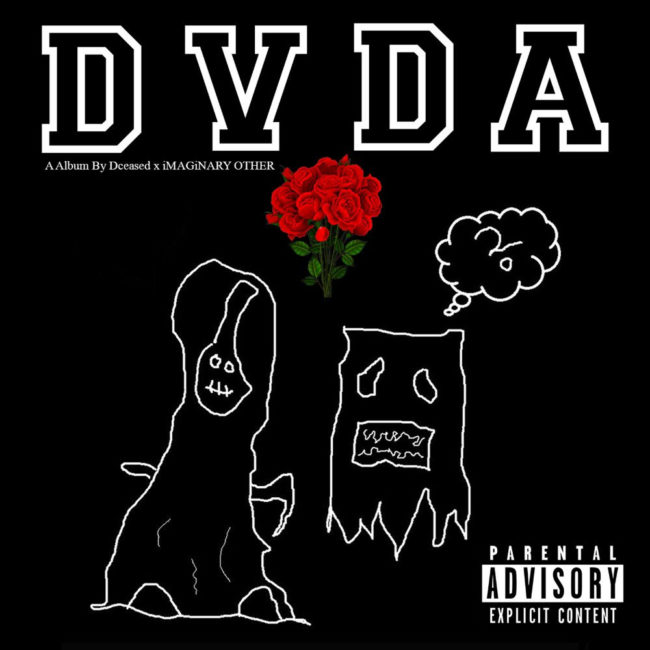 “DVDA” came out of a random studio session with Sacramento producer iMAGiNARY OTHER and his TBC partner Dceased. Within two days “DVDA” was written and recorded. There’s no concept, there’s no idea. Just music in your ear. These frequent collaborators from previous albums such as iMAGiNARY FRiENDS 2018 release “The Tip Of A Tab” and iMAGiNARY OTHER’s 2020 release “Love, Beaches & Planes” will take you on a journey of hard beats and rhymes.

Sacramento native and a member of TBC, Dceased (Jonathan Doe) has been making music for nearly a decade. A self proclaimed bar nerd, his music is an introspective look into the mind of himself, his personal struggles, and an observation of the environment around. A diary written in sword. With a little over 10 projects, from debut “John Doe” (2011) to the most recent release with iMAGiNARY OTHER “DVDA” (2020), he’s slowly building a catalog of respectable work.