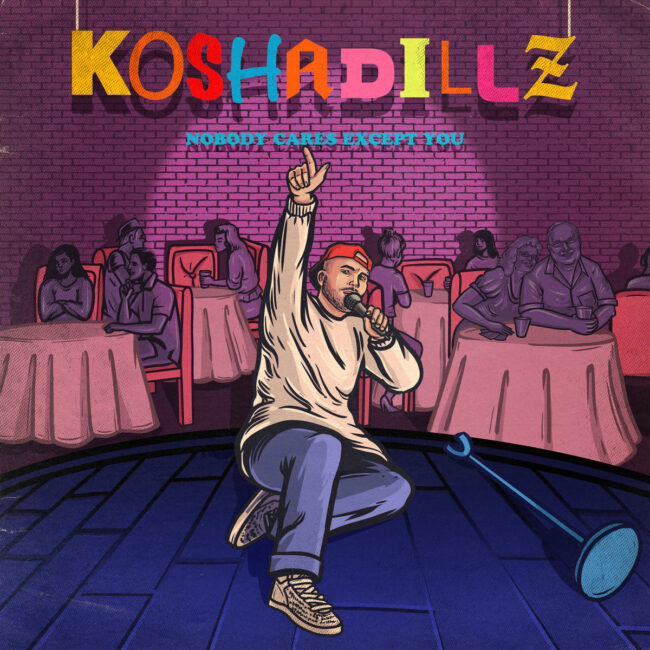 Kosha Dillz – “Nobody Cares, Except You” [Album]

Kosha Dillz‘ long-awaited 2020 album has been in creation since 2018. The 14 song album is produced in majority by Sam Barsh and 16-year-old Snowball Beats, but also includes 3 songs with #1 hitmaker Jeremiah Raisen aka Sad Pony, and a guest track from Kool Kojak. The ironic title was based on his self-realization that being self-seeking will never fulfill him entirely.

Dillz’ album clashes with the struggle of Nobody Cares vs. Nobody Cares Except You; a concept that can only be achieved with time. Originally scheduled to be released in April on tour with RDGLDGRN and Little Stranger, COVID19 caused a huge burden in his plans including the canceling of a 28 city tour and multiple festival appearances.