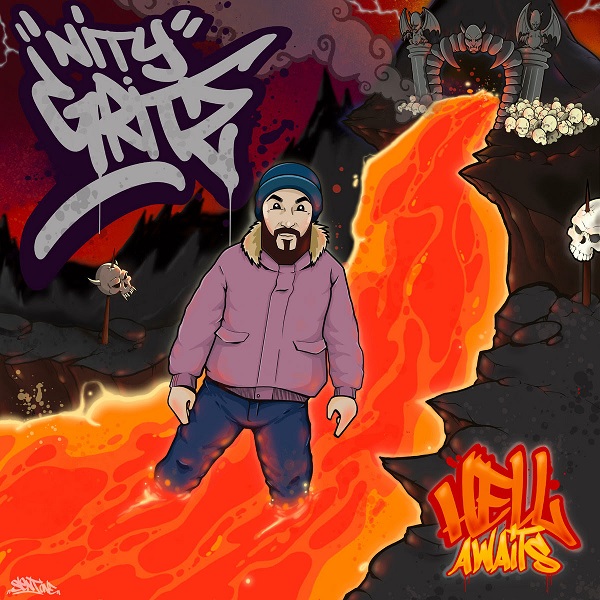 Nity Gritz is an Underground Rapper / Producer from Paisley, Scotland.
Presenting his new album which is a showcase for his bold and unapologetic style and delivery. A veteran of Hip Hop in Scotland, Nity has battled up and down the country, and gigged all over the place.

Hell Awaits was produced, written and recorded in 16 days, After his son Zak passed away he found himself questioning his own faith a lot and this album was the outcome.