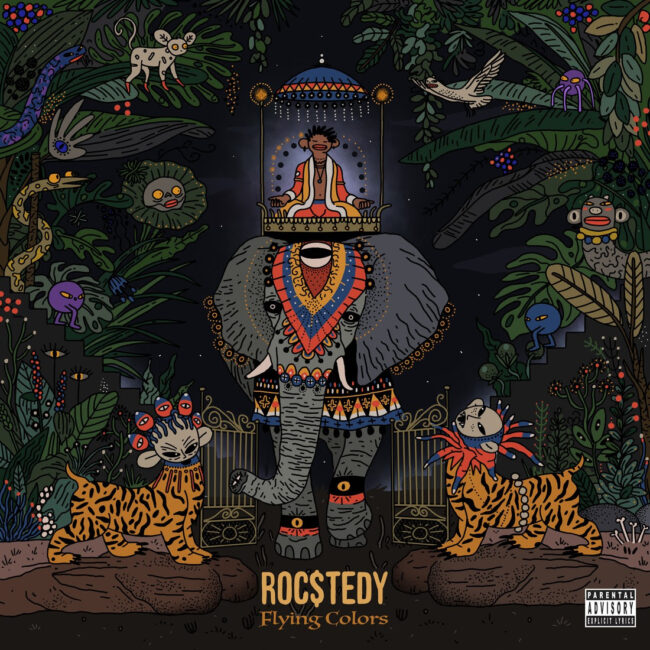 “Flying Colors” is the new album of Long Beach/Los Angeles artist Roc$tedy. With 2 features by TayF3rd and Garrett Douglas, and production by TKay, False Ego, Yondo and B. Young, the album is available today (February 12th) via Below System Records on all digital stores.

Roc$tedy was previously featured on the albums of Trizz and Chuuwee, he also released an EP titled “The Preamp” with Trizz in the summer of 2018.