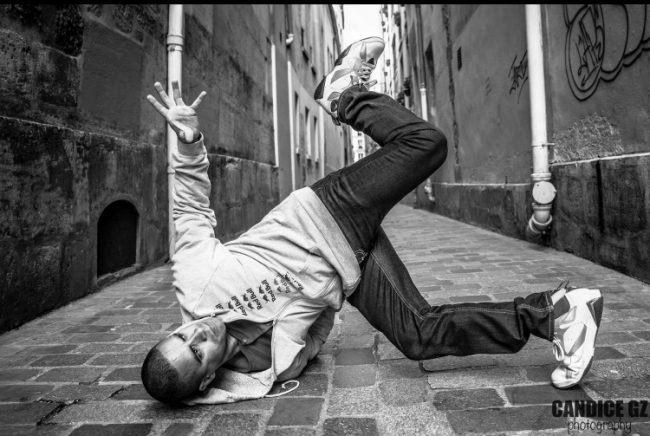 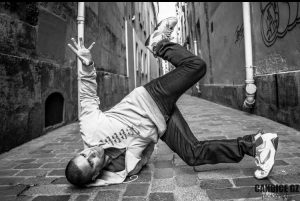 Article by Navani Otero[Shine On is a monthly feature paying homage to those in the Hip Hop community who give back and pay it forward.]
Legendary b-boy and Rock Steady Crew President Crazy Legs (Richard Colón) has had a long and inspiring career in Hip Hop; one that is fueled by organizing within the community. But what might set him apart is the ability to use Hip Hop as a tool to help build and elevate communities outside the confines of Hip Hop as well. If you follow him on social media, you’ll realize how hard he works to keep up between traveling abroad for dancing events worldwide, speaking engagements, and hosting Rock Steady Anniversaries each year. Living between New York and Puerto Rico, the Bronx native is very busy, but not too busy to make time for causes close to his heart.

Puerto Rico’s tumultuous economy has earned some much needed attention lately from skits on Last Week Tonight to dire write ups in the media. However, this is not a new dilemma. In fact, it has been in trouble for years, something that Crazy Legs recognized as someone who lives part-time on the island. He responsed by creating opportunities to bring business and tourism to the island in the form of an annual event, Puerto Rock Steady. The weekend long festival, now in its 4th year, has featured artists and DJs like Rich Medina, Big Daddy Kane, Kurtis Blow, DJ Spinna, Skeme Richards, and Lords Of The Underground to name a few.

We caught up with Crazy Legs while preparing for this year’s event to learn more about the inspiration for Puerto Rock Steady, his continued volunteer work in Uganda, and what he wants people to remember about Afrika Bambaataa.

TheBeeShine: What was the inspiration for Puerto Rock Steady?

Crazy Legs: I felt if I’m really about being Puerto Rican, why am I not spending my money in Puerto Rico? So, as soon as I was in a position where I could buy a house out here, I bought a house here. Just being a person that’s been throwing events like Rock Steady Anniversary or what have you, I started looking at the area and then realizing how bad the situation is out here with education and the super extended recession. I felt like I have a name that can be utilized and exploited in a manner that benefits the people over here [in Puerto Rico], so that I can make a difference in my own little way, then I should do that if I’m someone who is saying I’m a proud Puerto Rican. So, I decided to do Puerto Rock Steady with the hopes of establishing an educational program.

TBS: What are your personal goals for the Puerto Rock Steady event?

CL: Puerto Rock Steady is for the moment a labor of love. It serves a direct purpose now but the purpose that I want it to serve down the road is an educational one and I’m still striving towards developing a tutoring program. Right now, I’m just bring people in [to the island] that wouldn’t otherwise be here, they’re spending their money. I’m just doing my part to bring people in and I care for the economy. I believe that being a proud Puerto Rican doesn’t really come from food or music or speaking Spanish; it’s the acts and the deeds of those trying to take care of their people. We actually do have an educational portion happening this year, we have Candi Molina who is coming in from Orlando. She’s a b-girl, a massage therapist and an educator. She has a program that she created, an interactive program for kids where she educates them about health and fitness that has been working out very well since she started. I invited her out to Puerto Rock Steady to do that and start getting that awareness and education about taking care of yourself. Down the road, I’m hoping that it becomes successful enough where we’re pulling in 10,000 people and I’m able to fly in educators as well as entertainers and have them come in two weeks before finals and work with kids and help them prepare for their finals, stuff like that. 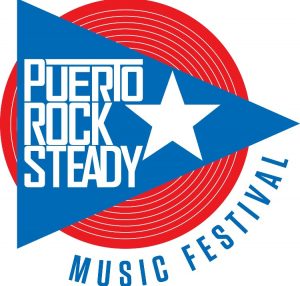 TBS: With all the economic uncertainty on the island right now, how does it feel to be in the midst of it?

CL: You mean the exodus?? Well, here’s the thing. There’s that aspect which sucks right, you know that and you read about it and take that into consideration. I have been meeting people here who are looking at it and assessing the situation for what it is. Then they are saying, “Wait a second, all these Puerto Ricans are leaving the island, I’m a Nuyorican, I’m going to go over there and open up a business and do a gentrification by Puerto Ricans.

CL: Exactly! So for instance, you have this one guy Jimmy Ramos [who owns Julia’s Isabela] and another guy Wilson Davalos [owner of CLMDO] and they both have established businesses over here in the Placita in Isabela. One is a restaurant and one is an event space and they are doing this with the intention of revitalizing the area. We’ve all been linking up with each other to build. I’m doing one of the events for Puerto Rock Steady at that event space, so I’m contributing to bringing awareness to what he’s doing. It becomes a group effort to help each other become successful and try to revitalize the area the same way they did to Williamsburg, except it’s us. And because you have so many people that see Puerto Rico as the next Miami, we gotta jump on this now before we really lose it all. A a lot of our own people are running away from it. There is a lack of opportunity here and people are feeling the pressure of having to survive, so they’re running to Orlando, Pennsylvania, and New York, because I guess they are looking for “The American Dream”. Meanwhile, this is Puerto Rico which is part of the United States and there is no American dream here.

TBS: What has been the most challenging aspect of throwing Puerto Rock Steady in PR?

CL:The hardest part of doing this event out here is getting support. You get people that are interested in supporting the infrastructure then the next thing you are chasing them down. I’m hoping I did a good enough job chasing people down where the Mayor’s office of Isabela is going to be helping out this year. I had a really good meeting with him and we’ll see how things play out., but it’s a struggle.

TBS: Besides this initiative you’ve also been doing work in Uganda right?

CL: Yes, I went back to Uganda again last year, which was cool. It’s a desperate situation out there, but these people have utilized Hip Hop to basically take care of the kids. They use it as a tool to empower kids, to establish dialogue within the community and to actually get kids into school. My girlfriend and I ended up sponsoring 19 kids for the next three years for their middle school. It’s one of those things where people say “I need to do that. I’m going to do that someday.” and then we forget to do things like that. This was something we always said we were going to do and we followed up on it and because of the principles of Hip Hop. It feels good to take those and put them into play.

Right now you have the whole situation with Afrika Bambaataa and everything circulating about him. That being what it is, I don’t think any one person is the leader of Hip Hop and if he is accused of doing certain things that are really foul, that shouldn’t deter me from utilizing the good principles that he established for Hip Hop. If he turns up being guilty, I can’t support that, but I’m not going to act like the things that he did in terms of laying down a direction for hip hoppers isn’t something that can’t be utilized.

I’m definitely not the only one out here doing great programs. There are a lot of people that can be recognized and with all the bad stuff going on right now, it might be a good time to start pointing those people out.

Puerto Rock Steady kicks off April 29th. Visit www.crazylegsworkshop.com for more information about the event and how to support it. Check out www.bouncingcats.com for more info on Breakdance Project Uganda.