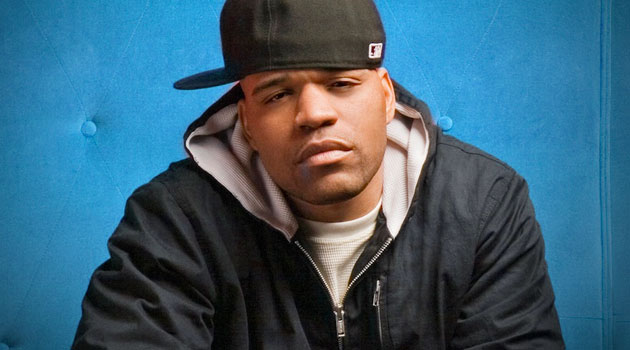 NEWS
[Shine On is a monthly feature paying homage to those in the Hip Hop community who give back and pay it forward.]
Article by Navani Otero 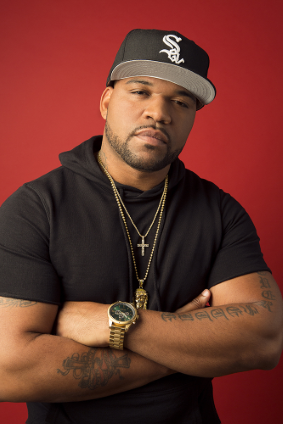 “What you know about… getting out of the hood but giving back?” – Torae (“Let Em Know”)

Torae sits to chat with me over some food at a restaurant near the Sirius XM station. In the few minutes he has free before his live listening event, he bows his head and says grace. He passes food to his wife and we begin. I am touched by this whole scene because it’s not the side of Torae often seen on festival stages or even more recently on VH1’s The Breaks. Torae seems fueled solely by bravado in his music. It’s that native, New York gritty swag that made Phonte think of him for the part of battle rapper Sig Sauer and got him an audition. “The scenes were already set and the rhymes were already written. He knew exactly what they were going to do as far as the battle scene and they were looking for somebody that could look the part and could act it. So, Phonte reached out to me,” he said.

It’s the machismo, proud, aggressive bars that donned him monikers like Barrel Brothers throughout his 10-year career in Hip Hop that make moments like this feel even more surreal. But as you take a listen to the newly released opus, Entitled, we begin to learn there is a lot more than meets the eye. The title itself has a double meaning; one where he speaks of being an artist that feels entitled to a certain level of success and the other – rooted in something much deeper – everyone’s entitlement to basic human rights. He explains during his listening event, “You see what’s been going on in the world – well it’s been going on forever – but it’s become more prevalent in the last few years – innocent kids getting gunned down, women turning up dead. All types of stuff happening to us, to African-Americans and I was like ‘we entitled to the same rights as everyone else.’ I got struck when I saw Tamir Rice’s friend holding up a sign saying ‘would you have killed me?’ I was like yeah, Tamir was entitled to the same rights as this other young kid. So, when I started to write and go into some of the content on the album I felt that was a great double meaning on the title.”

This album covers an array of topics that has been weighing on Torae’s chest heavy like whether or not to use the N-word, the maelstrom of police brutality against women and children and the idea of paying it forward. We are taken on a journey off the beaten path from braggadocio and into one of evolved manhood. Some might even go as far as calling it conscious Hip Hop. But if you ask Torae, he’s not so sure. “As far as the whole conscious label, no, I’m just a grown ass man living in America watching what’s happening with a platform and a voice and the courage to discuss it and that’s what I did.” 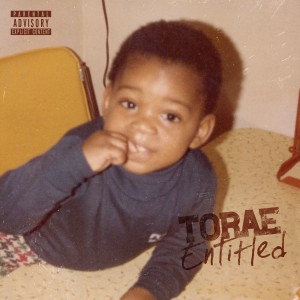 These attributes are just not ones his audience is often privy to. There is a lot that “Coney Island’s Finest” does behind the scenes that isn’t celebrated publicly, like his charity work. Long before he spit the line “What you know about… getting out of the hood but giving back” from the debut single off Entitled called “Let Em Know”, he was already living that in his everyday life.

Whether it’s holding a back-to-school supplies drive at the Coney Island YMCA in September in conjunction with the Simuel Whitfield Simmons Organization, it allowed for corporate sponsorships. Companies like Duck Down Records, Soulspazm and Sirius XM all chipped in to donate over 200 bags to children in need. Email blasts sent out by Sam Moore of the YMCA and Torae spread the word for the first come, first serve event. The act deeply affected Torae when months later while waiting for his barber in Coney Island he saw three kids walk by wearing the bags. “It warmed my heart. I was like ‘look, they using them! It’s really real.’”

Then there was his first Thanksgiving Turkey Drive where he donated 100 turkeys to those in need also at the YMCA. This was done without any corporate backing or sponsorship, just Torae picking up the phone and calling in on his friends to get involved.

For the past year he has also been sponsoring a child from the Dominican Republic via Children’s International which happened randomly. “I was walking through Manhattan near the (Madison Square) Garden and I was stopped by this guy with his son and he sold me on it. He was talking about how we could make a difference with Children’s International. So, I went and did a little research on my own and saw that Children’s International was pretty much on the up and up” he says. The seven-year-old writes and sends photos frequently.

Or whether it’s just learning that someone you know is in a bad situation and stepping up to pitch in. That’s what happened right before Christmas when Torae found out friends of his landed in a shelter and were doomed to spend the holidays there. He immediately jumped into action and donated money to the family toward getting an apartment and moving into a new home by the time Christmas came. It’s not about recognition for him, it boils down to compassion. “I’m in no way rich but whatever we can do, me and the family, to just be a blessing to others that’s what we’re all here for. At the end of the day no matter black, white, orange, brown, male, female, chimpanzee, we got to love each other. With all the of chaos going on in the world I think it’s the time to really just show compassion and be a humanitarian, do things for other people and be selfless. I think the world would be a much better place if everybody thought like that,” he says.

As far as what’s next for the Sirius XM host/Internal Affairs CEO/actor/rapper, we can expect tons of touring with shows spanning as far as Europe and Africa later this year. While here at home, he has plans to start his own non-profit organization. He explains, “If you know anything about me, you know I stress my independence. Now, my focus and my goal is just to get my own non-profit organization so I’ll have my 401C3 and all the right paperwork that I need so I could really go and get big sponsorship money and do a lot more.”

Whatever the future holds for Torae you can be sure of one thing, he will continue to be a stand-up guy.

Entitled is available now on iTunes. Catch Torae Mondays to Friday on Sirius XM Hip Hop Nation’s “The Tor Guide” (Channel 44) from 5pm-10pm and on Sundays at 10am. Follow him @Torae to stay in contact.