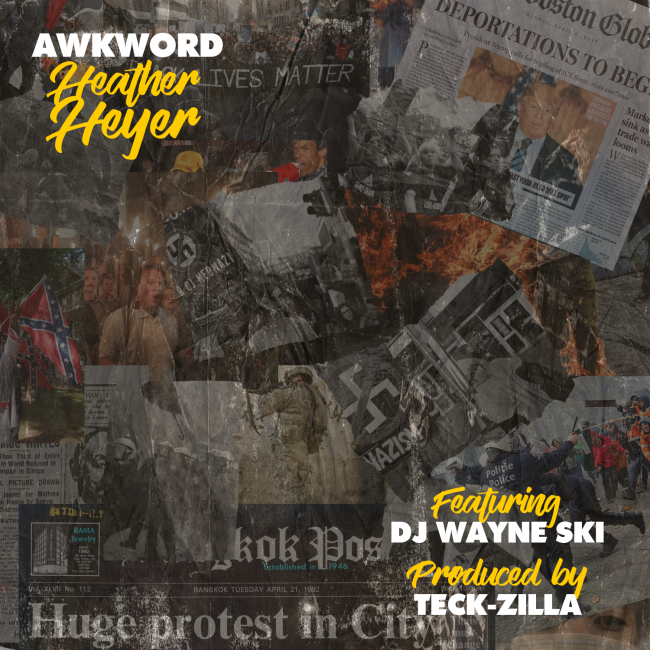 “New York emcee AWKWORD has decided to return to the fold after 9 months with a powerful new song titled “Heather Heyer (F*** Trump),” named after the 32-year-old woman who was tragically killed while protesting against a white supremacist rally in Charlottesville, VA. It’s clear that he’s just as sharp as ever lyrically, holding no cut cards in regards to his feelings on the matter (and the powers that be, period)” – RESPECT Mag