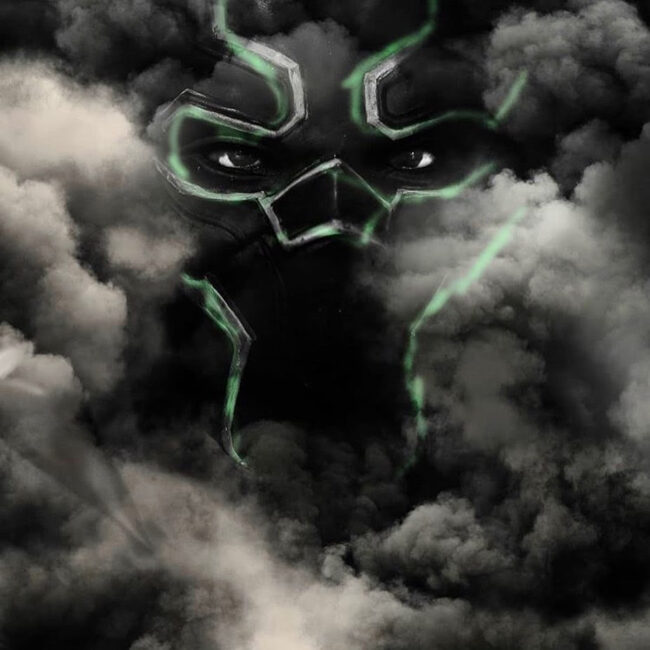 Blak-Ram has teamed up with Ramey Dawoud, a fellow Sudanese native to make a powerful emotional song about struggle and resistance in Sudan over a beautiful melodic instrumental produced by Dfawzi, aptly named “Trauma Waters”. The song is an allegory for weathering the storm and coming back strong. There was also severe flooding stemming from years of climate change late last year and the year before following the peak of the revolution, which resulted in a lot of tragedy and injustice, despite previous triumphs against the former regime. The rain symbolises the tears of the martyrs from above the clouds, flooding the rivers to help the freedom fighters on their quest for justice.

The song covers the topic of mental health, as a lot of Sudanese citizens endured much psychological pain and PTSD, so it is also a call for those suffering to seek professional help for the trauma that they have witnessed, but there is also hope for a better future. The powerful artwork by Sadig Gasim Mukhayer, shows a power fist, bleeding blue with water trickling in the shape of the nile, to help listeners visualize the poetry.