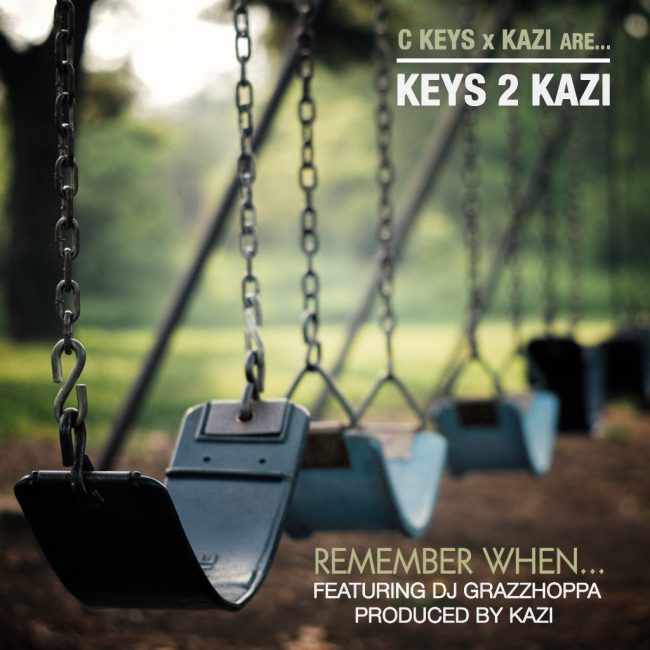 C Keys and Kazi release “Remember When”, the first single from their upcoming collaboration album “Keys 2 Kazi”. Cuts are provided by DJ Grazzhoppa.

California emcee C Keys (fka The Infamous MC) was born in San Francisco, raised in Oakland and now residing in Sacramento. Oxnard emcee and producer Kazi did his first record with C Keys back in 2004 on “So Invincible” from Kazi’s “The Plague” album. C Keys has worked with Oh No, Aloe Blacc, Kan Kick and more and Kazi with Madlib, MED, Wildchild, Declaime and Oh No to mention a few.