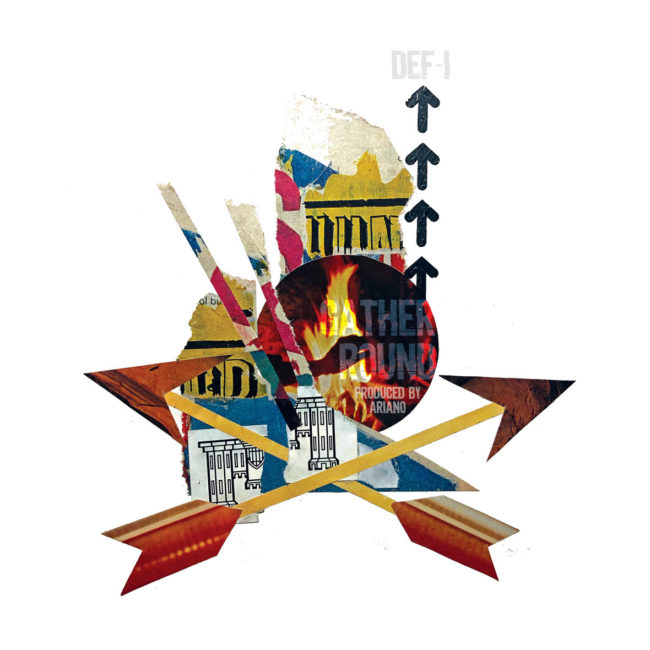 Following 2019’s album Dream Trails, iconic New Mexico artist Def-I is preparing to release his sixth studio project, Deserted Oceans, in March of this year. Def-I continues the Dream Trails magic and teams up once again with veteran SoCal producer Ariano on Deserted Oceans, dropping the first single from the project, “Gather Round.”

“Gather Round” is a true introduction to the EP; it’s the opening track and sets the tone for what is yet to come on the project. Backed by Ariano’s stripped down production of simple drums and an uplifting choir, Def-I effortlessly showcases his multi-dimensional MC stylings through his flawless and rapid-fire rapping. His lyrics have such intention and intelligence that when paired with the production, one can’t help but feel like they’re being lifted towards the heavens by real poetry in motion. Through seamless tempo and cadence changes, “Gather Round” showcases Def-I at his best; pure passion in his delivery of a message worth hearing.

“Gather Round” is poised to be as much a visual journey as a lyrical one. With a video on the horizon and album artwork by the immensely talented Memphis-based visual artist, Nosey42, the track is primed to fully immerse the listener.