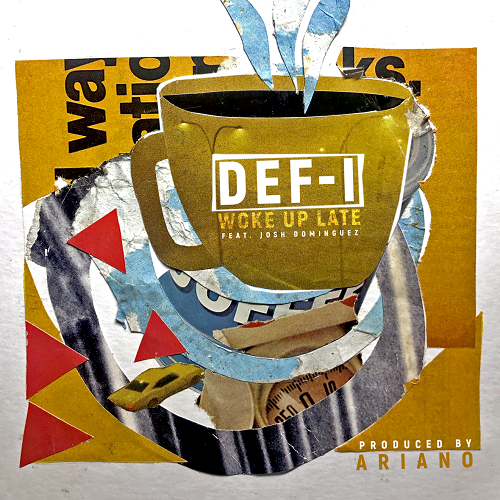 Hard on the heels of the first single from their revamped album, Oceans Deserted – The Remixes, beloved New Mexico MC Def-I and respected SoCal producer and artist Ariano drop their latest joint, “Woke Up Late.”

“Woke Up Late” is a re-conceptualized version of the track from the original album. It’s a different vibe for Def-i, unlike any sound fans have heard from him before. His effortless flow and innately creative rhymes are still on deck, but there’s a moodier feel that’s downright sexy. Def-i’s delivery combined with the sultry rasp of LA’s Josh Dominguez on the hook creates an entirely seductive sound. Ariano’s production is a clean overhaul of the original track; leaning more towards bass-heavy rock and less traditional hip hop.

“Woke Up Late” is the second single from Oceans Deserted – The Remixes, and dropped May 8th on Popular Nobody.