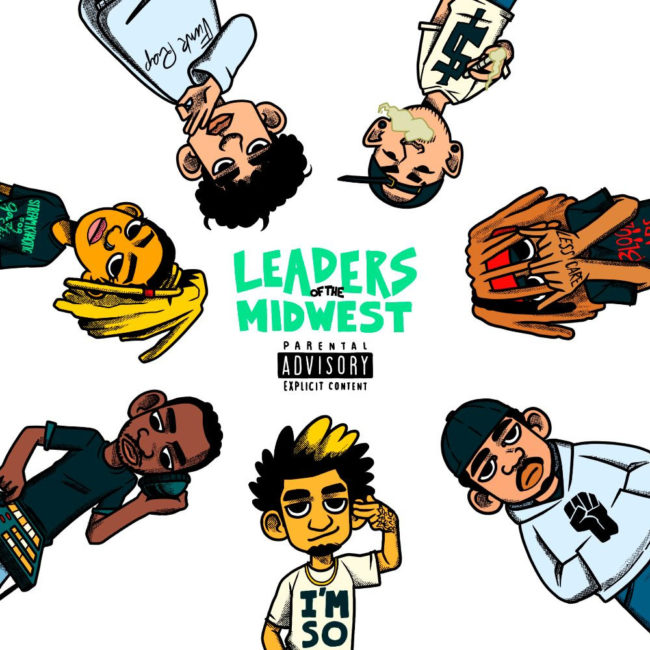 “Marv constantly sends me beats and this beat in particular was just so reminiscent of my original sound being old school boom bap with a hard head knock feel” Dyzzi adds. “I spent hours trying to differentiate where I could place a chorus and verse in the song but just came to conclusion that this song will be verse to verse to have that cypher type of feel. I named the song “Leaders of the Midwest” because every artist included in the song resides and is from the region.“

The artwork was inspired by Pro Era‘s 2012 mixtape cover “PEEP: The aPROcalypse“. Dyzzi continues “I took inspiration from it seeing as how I started DivSel strictly because of Joey Bada$$ and the Pro Era collective, and also considering we’re all fans of Joey Bada$$.“

Dyzzi’s EP “I’m So… Vol. 1” entirely produced by MarvyMarv will be released in the summer of 2020.