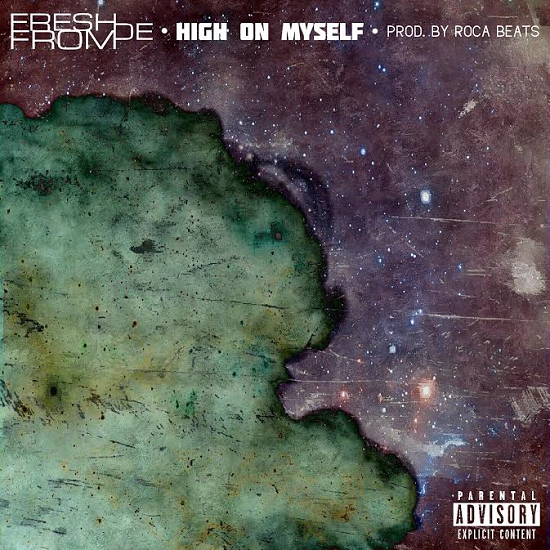 After a few years of consistently releasing singles, albums, videos and chalking up countless numbers on soundcloud, Delaware (by way of Boston) emcee, FreshfromDE kicks off the year with his first release, as he prepares to release his international collaborative album “The Ritual” with Dutch producer Roca Beats, unveiling the second single “High On Myself” featuring Haitian/American artist Splizzy from Cambridge MA, lead member of Hip-Hop duo “Atik Boiz” alongside his incarcerated sibling.

The Roca Beats curated “High On Myself” is a follow-up to the previously “Aston Martin” (visual coming soon) taken from the forthcoming full-length, don’t let the self-agrandizing title mislead you, this track is a tribute to anyone who has an indomitable, undeniable self belief in their chosen craft. Expect FreshfromDE x Roca Beats ‘The Ritual’ to be available Spring, 2017.