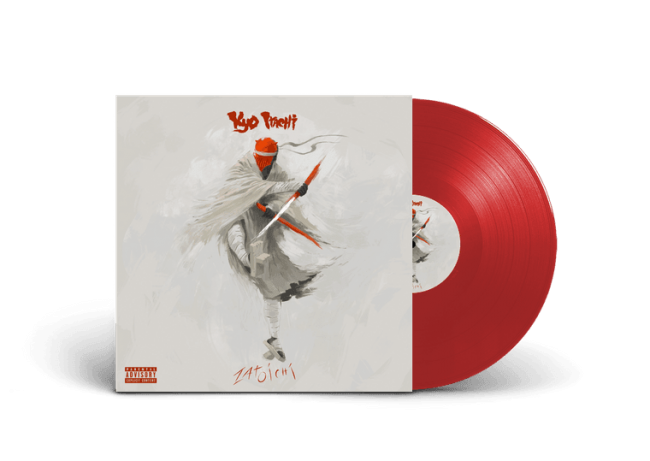 Short after the successful release of his latest triple vinyl album “Genkidama”, Paris`s own beatmaker Kyo Itachi is back with a new project. As the title already suggests “Zatoichi” is inspired by the character of a blind blademaster in one of Japan’s longest running television series set during the late Edo period.

Kyo Itachi catches the samurai spirit by using only Asian samples and breaks. MCs like Skanks, Realio Sparkzwell, Milez Grimez, Haile Ali, S.I.T.H, John Jiggs, Avarice follow the path of the blind swordsman along with Soul Intellect & DJ Audas who kill it with razor sharp cuts. The Zatoichi Red Blood Katana Edition, coming with a dope artwork by Jilva The Maker, is strictly limited which makes it a guaranteed collectors item.

The single “That Swordsman” feat. Milez Grimez gives an idea on what to expect of the album: