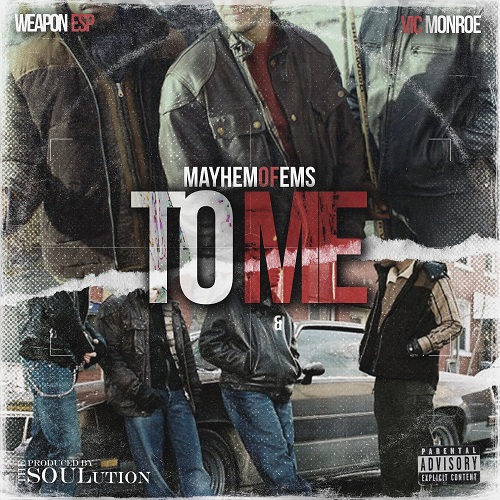 Massachusetts mainstay Mayhem (of EMS) and Ugly Pitch Records very own The SOULution come back around and unleash their second single  “To Me” featuring Worcester Mass wordsmith Weapon ESP ( Savageland/Juice Headz)  and windy city Chicago pillar Vic Monroe. To Me serves as the 2nd single off of Mayhem’s collaborative effort ” Singleton With A Pen” entirely produced by The SOULution.