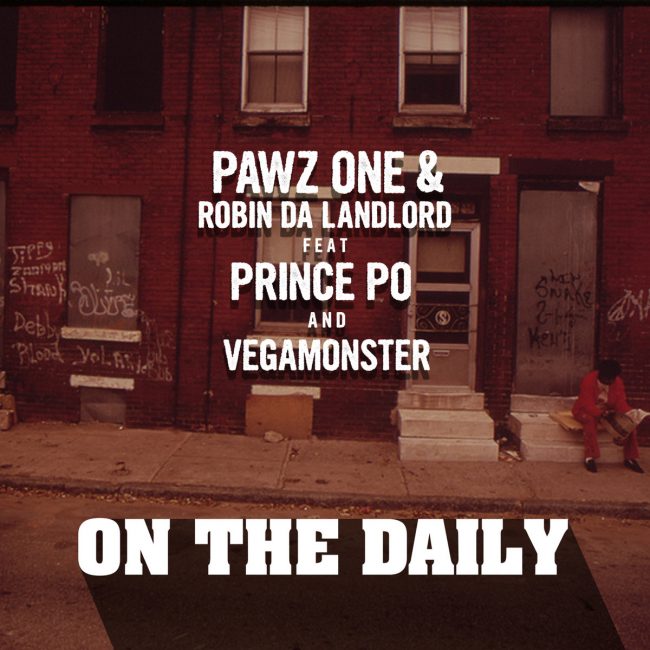 Los Angeles emcee Pawz One and Dutch producer Robin Da Landlord drop their second single “On The Daily” from their upcoming album “Sell Me A Dream: Flowstalgia”. Prince Po of Organized Konfusion and VegaMonster join the track as guest features and DJ VR provides the cuts.

“Sell Me A Dream: Flowstalgia” will be released on May 18th. The 9 track album by Pawz One is entirely produced by Robin Da Landlord and includes guest features by Prince Po of Organized Konfusion, MED and VegaMonster.