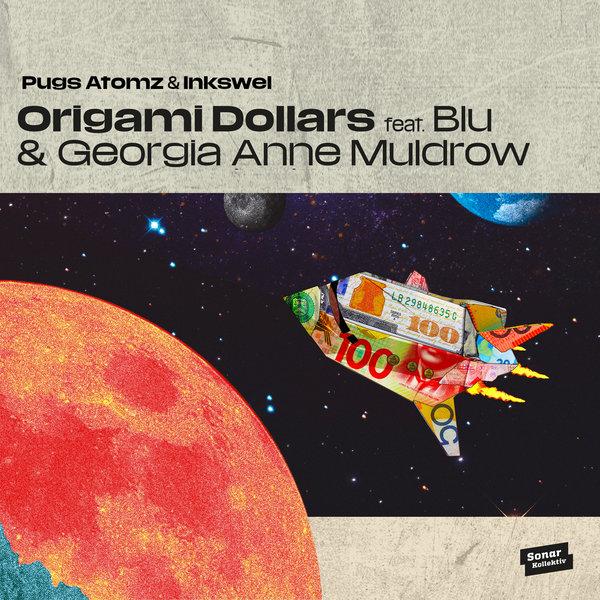 At the end of April one of this year’s freshest hip-hop albums was released on Sonar Kollektiv: “The Moon” – the first collaborative work of the Chicago rap veteran Pugs Atomz and the Australian producer Inkswel pleasantly surprised with ingenious and at the same time catchy beats and samples as well as sophisticated lyrics and bad-ass punchlines.

For the brand new single “Origami Dollars” (only to be found on the vinyl and cassette album “The Moon” even two first-rate, illustrious guests were invited. The Californian rapper Blu (of Blu & Exile fame) and the renowned singer and part-time MC from Los Angeles Georgia Anne Muldrow each take over one part of this summery mid-tempo groover.