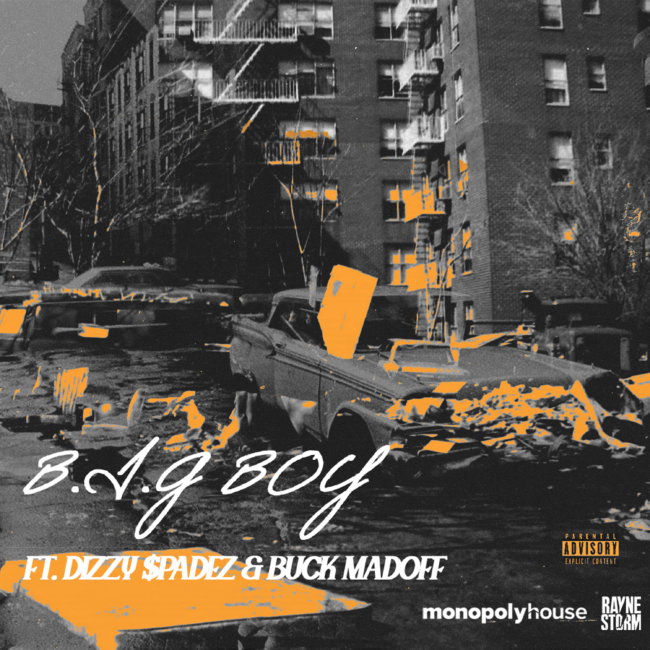 Initially known for creating a buzz with his first mixtape “Storms Coming“, Rayne Storm is back unleashing a series of new singles as he preps the release of his first official album. The Harlem, New York representing rapper/producer returns with the new single “B.I.G. Boy“, one of the latest features from “Uptown Baby“.

Rayne Storm brings in two of Brooklyn’s top rising rappers, Dizzy Spadez and Buck Madoff , to create a menacing ode and soundscape inspired by the hardcore rap styles of the late Notorious B.I.G., B.I.G Pun & Big L. The song plays as a tribute to the trio but instead of reminiscent lyrics, Rayne, Dizzy and Buck deliver bar after bar of street heat over a beat that sounds like Friday the 13th pianos meets Wu Tang drums over a Brooklyn drill synth. The combination of energy creates one of the more aggressive offerings off Rayne’s Uptown Baby album.