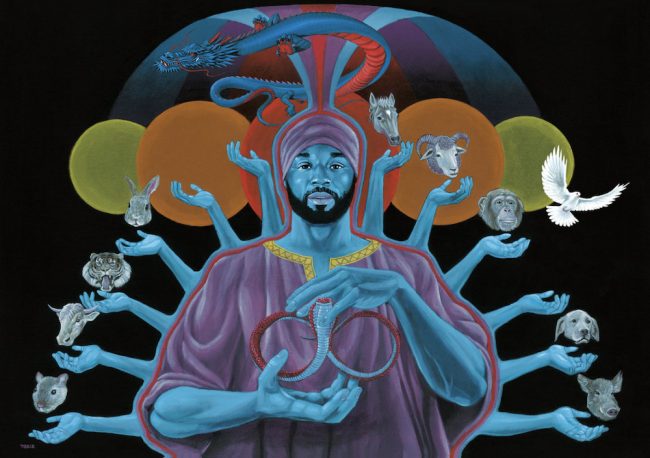 Shafiq Husayn is a talented musician, producer, songwriter, and recording artist who has worked with some of the top artists in R&B, hip-hop, soul, funk, and beyond. Perhaps best known as one third of innovative Los Angeles musical collective Sa Ra Creative Partners, Husayn has produced for the likes of Erykah Badu, Andre 3000, John Legend, Kanye West, Jurassic 5, Bilal, and many more. In recent years Shafiq has helped launch the careers of some of the most influential new artists to emerge from L.A., serving as a mentor to Anderson .Paak and working with Ty Dolla $ign before his rise to fame. His solo debut Shafiq En’ A-Free-Ka drew widespread critical acclaim, and he earned a Grammy for his work on Robert Glasper’s breakthrough album Black Radio.